“Dance and Performing Arts Criticism in Europe” is a new international project that aims to network, and to strengthen the status and expertise of European dance critics. Taneční aktuality o.p.s., which runs an online platform called Czech Dance News, will participate in the project Performing Criticism Globally in cooperation with Performing Arts Hub Norway. The aim is facilitating an intercultural exchange of experiences and exemplary practice in dance criticism.

The target groups of this collaborative project supported by EEA Grants Culture are to be mainly dance critics and professionals on one hand and the general public and audience members on the other hand with the purpose of establishing a closer link and enlivening a dialogue between the two said parties.

Four workshops of Dance and Performing Art Criticism—two in the Czech Republic and two in Norway— are going to be held as part of the project in the next two years. Participants will be chosen through an international open call and will meet for seminars, workshops, and discussion panels open to the public during these four contemporary dance festivals. The events will be organized and led by Czech dance critics and professionals—namely Josef Bartoš, Petra Dotlačilová, Lucie Hayashi, and Daniela Machová—, and their Norwegian colleagues—namely Hild Borchgrevink, Geir Lindahl, and Anette Therese Pettersen. With the aim of decentralizing artistic dialogue, thus bringing other regions in, we have opted to collaborate with prominent festivals of performing arts: Move Fest (Ostrava) and Korespondance (Žďár nad Sázavou) in the Czech Republic, and Ravnedans (Kristiansand) and Oktoberdans (Bergen) in Norway. 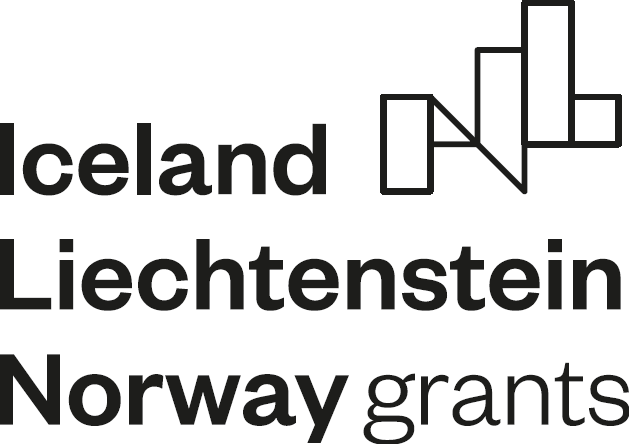 Taneční aktuality o. p. s. (TA) is a non-profit organisation that encompasses multiple projects such as an established webzine called Taneční aktuality.cz, or Czech Dance News (with Mr. Josef Bartoš as editor-in-chief) and a printed yearly issue called Special Edition of Taneční aktuality (edited by Ms. Petra Dotlačilová). Since 2016, it has run a countrywide online dance database, www.databazetance.cz (managed by Ms. Daniela Machová), and, in the last three years, it has also played host to debates on dance criticism in the frame of the project Focused on Dance (supervised by Lucie Hayashi).

MOVE Fest Ostrava is an international festival of contemporary dance, physical theatre and new circus organized by MOVE Ostrava, z.s. The 8th edition will be held in October 2021 in downtown Ostrava. The main topic of the 2021 edition is environmental awareness and possible approaches in artistic creation.

Ranvedans has been organised annually as the first contemporary dance festival in the South of Norway since its launch in 2010. Having begun as a series of walking-tour performances, the festival program has since flourished and now encompasses events hosted in downtown Kristiansand over a whole week.

Oktoberdans in Bergen is a biennial festival with solid international recognition, unique in its genre in Norway. With its having performed the function of showcasing works of Norwegian artists on the international market, it has played a vital role in the spread of Norwegian performing arts abroad.

Josef Bartoš is a dance writer and editor-in chief of Taneční aktuality. A Duncan Centre conservatory graduate, he got an MA in Dance Studies from the Academy of Performing Arts in Prague, where he is studying for a PhD, furthering his interest in psychological aspects of dance. He teaches Dance and Theatre History, Production and Management Basics and Diploma Seminar at the said conservatory.

Hild Borchgrevink is a writer, artist, editor, and currently a PhD research candidate at the Norwegian Academy of Music. She writes on music and music theatre for the daily Dagsavisen and Scenekunst.no. She holds an MFA in art and public spaces from the Oslo National Academy of the Arts, an MA in musicology, and an equivalent to a BA in creative writing and performative criticism. She was editor of Scenekunst.no. She has experience as a project leader of contemporary music festivals such as Nordic Music Days and Ultima.

Petra Dotlačilová is a dance writer and researcher, who regularly publishes reviews, articles and interviews on dance topics in Taneční aktuality, where she is the main editor of yearly Special Edition. She holds a BA in Italian Philology from the Charles University, a MA and a PhD from Dance Studies at the Academy of Performing Arts in Prague, and a PhD in Theatre Studies from Stockholm University.

Lucie Hayashi is a dance critic and researcher. She holds an MA and PhD in Dance Studies from Academy of Performing Arts in Prague and MA in Japanese Studies from the Charles University, Prague. She is the founder and editor of Taneční aktuality, the Czech Dance News webzine, wherein she publishes regularly. She also gives lectures on Dance and Arts Management in the Dance Department of Academy of Performing Arts in Prague.

Geir Lindahl is an adviser at Performing Arts Hub Norway (PAHN). Geir has worked as a press coordinator for Hovefestivalen, a booking agent for the artist Moddi, an administrator for Zero Visibility Corp. and as a producer at Dansehallerne in Copenhagen and Tou Scene as part of the Stavanger 2008 European Capital of Culture.

Anette Therese Pettersen is a performing arts critic, curator, editor and writer, and currently a Ph.D. research candidate at the University of Agder. She has an MA in theatre research from the University of Oslo and writes reviews for Morgenbladet, Scenekunst.no, and Norsk Shakespeare- og Teatertidsskrift. She has worked as a producer within the performing arts, still cooperating  with choreographer Henriette Pedersen. She a co-founder of Writingshop,  a project that examines the processes and politics of contemporary criticism in practice.