Clowns – Cruelty in the infinite ballroom

Hofesh Shechter’s Clowns premiered in 2016 and this adaptation on screen for BBC’s ‘Performance Live’ strand Program was released already in 2018 before any remote idea of dystopian viruses and lockdowns. In his Clowns, Shechter succeeds to create a beautiful and bizarre environment with impressive dancers, inviting you to jump in on an appealing ritual. Beware: you won’t be prepared for this. I enter uninvited an infinite ballroom. A medieval-like dance is being performed halfway, giving a sense of a never-ending performance. A daring circus troupe, a community dancing together. Each of them is unique, their bodies are made of pieces of memories and experiences. As they move in their uniqueness, they also move together – they are part of something bigger.

Led by the camera, I intrude the intimacy of this bacchanal-like reverie. Although I was guided tightly through these individuals, able to catch every gaze, every glare, I didn’t fall for the close shots, and I missed a permanent full frontal view all along the way. I never longed so much for another type of closeness; I wanted to be sitting in the Rivali Ballroom of London!

The dancers weren’t performing for me, the lost looks in their eyes are directed towards an empty audience. The video guided me in a blurry quest for meaning, until it happened for the first time. Then, it didn’t stop happening. All sorts of murders are choreographed. Every possible harm made. I instantly think: where does all this violence come from? Actually, where does violence itself come from?

The great anthropologist, Margaret Mead, told once in an interview that the evidence of earliest civilisation wasn’t a tool or a weapon, but rather, the finding of a skeleton with a broken and healed femur – a sign that someone took care of the injured individual until recovered. The history of humankind is one of collaboration and not competitiveness.

The cruelty of this ballroom equals the cruelty of our times. The violence around us equals the violence within ourselves, and somehow we still manage to normalise it, integrate it, live with it. The explicit violence of this ballroom equals the violence of a society that has normalised an international weapons market for armed conflicts, deeply sustain current forms of slavery worldwide, and where pharmaceutical industry takes profit of the ill. The cruelty we impose and receive is endless, and it’s rhythmically intertwined with our daily lives, where we move in our uniqueness, but together, as part of something bigger. I have experienced Shechter’s Clowns as an allegory, a mirror of our present world. Where lost in its deep beauty, we are also witnessing a violent decay of a system that doesn’t work.

I enter uninvited an infinite ballroom. A community dancing together. I look into the mirror. Violence increases by the contrast of the monochromatic sounds that surrounds us, as we come into a trance state. A longing for closeness. Then: silence. The powerful fingers. The round, disruptive movements that always go back to a repetitive, medieval-like dance. Violence settles as the norm. Is it a game? It’s not. 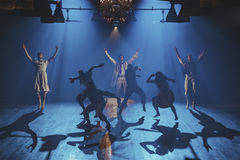 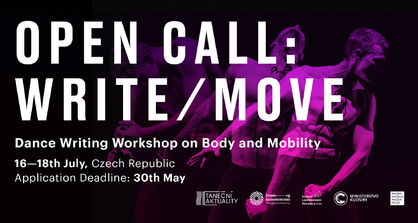