Body Movement as a Space-Time (Dis)continuity

The third and last part of the project focusing on the relationship of contemporary art, choreography and contemporary dance is dedicated to the question of bodily motion as a space-time (dis)continuum, perceiving time and the motions of the human body in the art of contemporary video, performance and dance. The exhibition wholly takes place in an online 3D environment which connects the two artistic spheres by means of video, installation and the viewer’s interaction. For the online exhibition click here. Body Movement as a Space-Time (Dis)continuity

In his famous paradox about Achilles and the Turtle, the pre-Socratic philosopher Zeno of Elea discussed the irreconcilable opposites of motion and its impossibility, as well as duration and the present moment. His dialectical exercises force us to reflect that the fleet-footed Achilles can never reach the slowly crawling turtle, and that in fact motion as such is impossible – as difficult to accept as these solutions might be to “common sense.” But the continuum of movement or its individual phases are the two main ways of perceiving the movement of human bodies in their surrounding space, whether it is the rhythmically hopping dancer, or Indiana Jones running from a large round boulder.

The structured series of bodily positions which differ from the well-known form from photographic series of Muybridge or Marey, as if confirming this apparent impossibility of movement. But some endlessly long moments that stay in our memories, like the recollection of a fall after tripping, say otherwise. Aesthetics built on the opposition of continuity and discontinuity of human movement is, after all, one of the cornerstones of any dance form. The space in which human bodies move and which they often share is not however an innocent, virgin space which we activate and define through our presence.

In the life of a human society, space is not only a largely political phenomenon, but any culture rather shapes the spaces for human beings and thus defines them as a form of active politics. This is convincingly argued by Henri Lefebvre in his seminal book Production of Space, published almost half a century ago. He draws attention to a phenomenon which is all the more palpable today – that for contemporary, late-capitalist consumer society, the territories of colonization and re-articulation are those which are most intimate, the most private spaces each one of us occupies.

The predefined dreamworld (analogously defined in Alfie Brown’s book The Playstation Dreamworld) into which video gamers gladly plunge in order to experience a separate reality from the real world is only one of many examples when an alternate flow of time and experience of space in both digital and analogue dimensions force us to incessantly switch between various modes of operation. This accelerating lack of focus in our perception and bodily coordination cannot only hide behind the fetish of multitasking which our devices are able to perform, but our brains not so much. It is like an incessantly aggressive hacking of discontinuities by the apparatuses of consumer life which prevent us from merging with our surrounding world. Discontinuity allows parcellation, commodification and exploitation in a thousand cuts of profit and control.

In the past decades, one of the popular methods of “healing” this exhausting and fragmented anabasis of our consumer lifestyles is the apparent return to both phantasmic and real archetypal roots of human civilization, such as the retreat to the timelessness of ritual. This general drive which strives towards deceleration of both the physical and psychological life tempo, just as much as finding retreats in mental spaces of irrational epistemology of occult or conspiratorial visions could make sense for a while, if it weren’t for the fact these method are an always-already appropriated component which fragments the flow of our daily experience amongst a yoga course, work and evening binging on conspiratorial videos , occasionally peppered with advertisement. An alternative could offer more positive ways – for example by escaping the consumer system’s insistence on false exceptionality in favor of community solidarity and dialogue, from bodily austerity to bodily sharing, but also from disparate vectors of movement as well as thoughts of synthesizing synchronous curves.

The works of Olga Mikh Fedorova (b. 1980 in Moscow, currently based in Brussels) focuses on the topic of the human body in contemporary and future technologies. Such contact usually takes place in descriptively geometric 3D visualized environments which are becoming an inextricable part of our current lives. This is the case not only for the users of computer games with their projected avatars, but this interface is today rather a place to define and formulate large swathes of technology, forms, and objects which can be subsequently applied in our “real” world and by means of which we can sometimes encounter a remote surgeon the form of visual representation. In this non-existent but ever-present space, our needs and desires are projected in symbiosis to the organicity of our bodies and technologies. The themes of desire, erotic or violent projection and a dream-like repetition of bodily movements locked in the autonomous logic of virtual space, Fedorova uniquely revisits the updated legacy of Surrealism. Although in such a place we can be virtually anyone, for example a bearded dwarf with a large axe, in her latest work the artist intervenes mostly with metamorphosis of her own embodiment and visual identity.

Body Movement as a Space-Time (Dis)continuityexhibitiononline 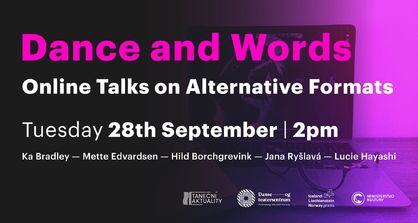