“Dance and Performing Arts Criticism in Europe” is a new international project that aims to network, and to strengthen the status and expertise of European dance critics. Taneční aktuality o.p.s., which runs an online platform called Czech Dance News, will participate in the project Performing Criticism Globally in cooperation with Performing Arts Hub Norway. The aim is facilitating an intercultural exchange of experiences and exemplary practice in dance criticism. The target groups of this collaborative project supported by EEA Grants Culture are to be mainly dance critics and professionals on one hand and the general public and audience members on the other hand with the purpose of establishing a closer link and enlivening a dialogue between the two said parties.

Four workshops of Dance and Performing Art Criticism—two in the Czech Republic and two in Norway— are going to be held as part of the project in the next two years. Participants will be chosen through an international open call and will meet for seminars, workshops, and discussion panels open to the public during these four contemporary dance festivals. The events will be organized and led by Czech dance critics and professionals—namely Josef Bartoš, Petra Dotlačilová, Lucie Hayashi, and Daniela Machová—, and their Norwegian colleagues—namely Hild Borchgrevink, Geir Lindahl, and Anette Therese Pettersen. With the aim of decentralizing artistic dialogue, thus bringing other regions in, we have opted to collaborate with prominent festivals of performing arts: Move Fest (Ostrava) and Korespondance (Žďár nad Sázavou) in the Czech Republic, and Ravnedans (Kristiansand) and Oktoberdans (Bergen) in Norway. 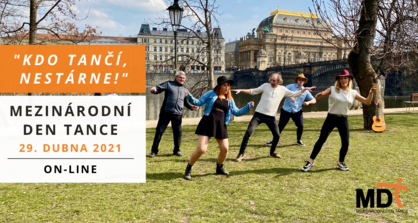