“This year’s 26th edition is very unique and reflects the various directions that Czech dance and movement production has taken over the past year. It also embraces last year’s change in approach towards the awards, which are always presented by an international jury at the end of the event,” says Yvona Kreuzmannová, the director and founder of Tanec Praha, and she continues: “Last year, the two main awards went to PLI by Viktor Černický and SAME SAME by Karine Pontier – also thanks to Tereza Ondrová’s outstanding performance. Logically, these two works will frame this year’s edition which will open with the performance of SAME SAME in Ponec and culminate with PLI and a gala ceremony. On the last day of the platform, a closing brunch will take place, as the new format of Brunch & Discussion proved to be very efficient last year.”

Out of all the new works created last year, almost thirty projects applied for the platform, and it was not easy to chose among well-known names and aspiring artists. The Dramaturgical Board almost never reached a total agreement.

The selection was done by personalities who watch closely the local dance-movement scene, more precisely: Lucie Hayashi, Lúcia Kašiarová, Peirre Nadaud, Jitka Pavlišová, Nina Vangeli, and Yvona Kreuzmannová and Markéta Perroud who shared one vote on behalf of the organising institution. Other works by young artists were discussed, too, namely the duo Sabina Bočková – Tomáš Janypka (Song Lines) and Brno’’s Buranteatr, directed by Juraj Augustýn (Deep Shit). The Dramaturgical Board wants to provide them with a specific space (though outside of the main programme) and address other noteworthy artists to take part in the accompanying programme. 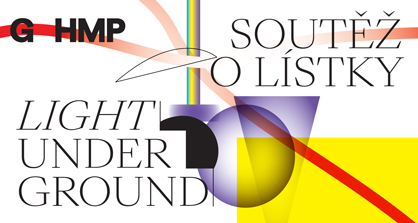