The autumn period of the TANEC PRAHA festival will open with William Forsythe’s A Quiet Evening of Dance on 11 September 2021. The festival will also offer two premieres: Silent Mob responding to the pandemic topics of loneliness versus sharing, and the international Open Air project ICARUS, in which professionals work with teenagers. The site-specific project Žižkov v pohybu will take place again due to high demand. William Forsythe’s A Quiet Evening of Dance will offer an original combination of ballet and hip hop on 11 September in Karlín Musical Theatre. Forsythe, along with Jiří Kylián and Ohad Naharin, makes up a group of three iconic top-class world choreographers of contemporary dance. Yvona Kreuzmannová, the founder and director of Tanec Praha, says: “Phenomenal Forsythe cheered our audiences back in 2000. We planned his return after 20 years, but we had no chance last year. We are excited he was able to give us a date in September. He prepared the piece with his favorite, mature dancers who can enjoy every detail, the rare movement humor is not missing either.”

Thanks to the success in June, the exploration of the imaginary Gordian knot in Žižkov continues: four outdoor performances will take place as part of the site-specific project Žižkov v pohybu.

The festival will also offer the Czech premiere of the project ICARUS, a co-production of TANEC PRAHA and Divadelná Nitra. Directed by Marie Gourdain, Czech and Slovak teenagers respond to the topic of freedom and borders. The performance will be staged open-air as well.

The June period offered the opportunity to participate in the open rehearsal of Silent Mob by Temporary Collective and Tereza Ondrová. September will see the premiere of the project, responding to the topic of loneliness and sharing that is multiplied by the pandemic experience through an audio and dance performance in the headphones in a public space. 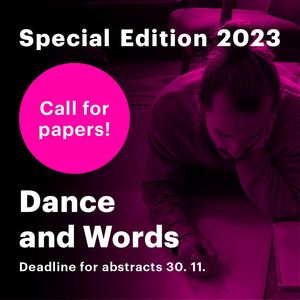