A new printed magazine named Special Edition 2018 was released in late August 2018 and had its premiere at the prestigious Tanzmesse festival which took place from 29 August to 2 September 2018 in Düsseldorf.
The chief editor Josef Bartoš explained the launch of this new format: “For ten years, we published the annual Yearbook every autumn, it was a selection of texts published on our website over the previous season and complete with news from various genres, or some interesting bonuses. Our editors have agreed on closing this chapter and bringing something new to our readers. In the Special Edition we provide space for deeper analyses of selected topics and personalities that hardly ever appear on our website.”
What the Special Edition borrowed from the original Yearbook is the recapitulation of a past season. The first review of important events in the field of contemporary dance has been produced by Josef Bartoš, and Roman Vašek and Ladislava Petišková have reflected on ballet and pantomime. Hana Strejčková, taking on a new role, focuses on the field of new circus.
The Special Edition’s supervisor Petra Dotlačilová described the content of the pilot issue: “The 2017/2018 season was rich in round anniversaries and birthdays of individual artists, companies, events and spaces. Therefore, we’ve decided the Special Edition’s theme should be Anniversaries of Czech Dance.”
The issue contains the recapitulation of the thirty years of Tanec Praha festival, as seen by its director Yvona Kreuzmannová (interviewed by Jana Bitterová), the recapitulation of Spitfire Company’s ten years of existence, written by Daniela Machová, or the review of the evolution of ALTA Studio which celebrates its tenth anniversary this year (Lucie Břinková). Two prominent personalities of Czech dance and ballet, Jan Kodet and Petr Zuska, have celebrated their life anniversaries, and Lucie Hayashi and Lucie Dercsényiová write about their impact and their work. Historical topics complete the current ones - Natalie Nečasová takes a look back to the year 1918 and Monika Čižmáriková remembers the important Czech modernist Milča Mayerová.
The Special Edition boasts attractive content and a new fresh look in full colour, designed by Martina Koželuhová. The advantage of the new format is the bilingual version that will help to spread the awareness of Czech dance abroad. 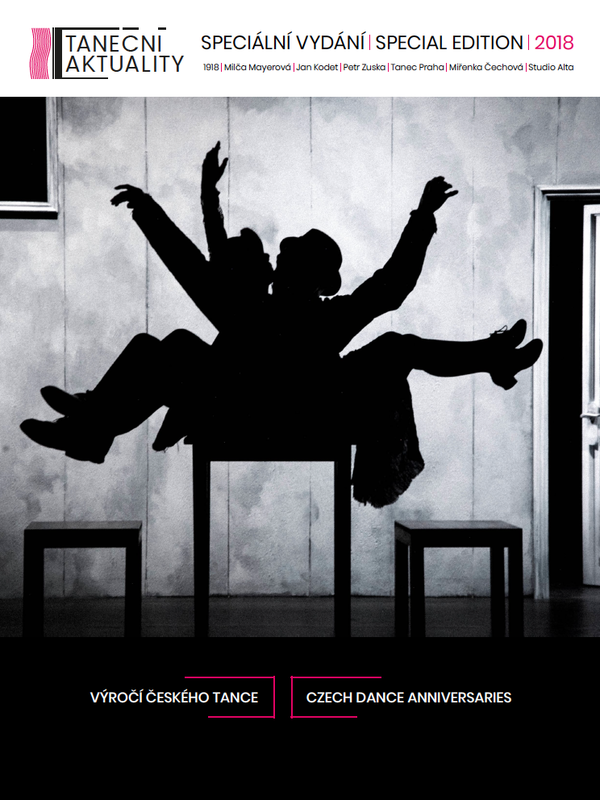