Can the critics afford to slow down?

Time is a scarce commodity, a rarity, a luxury... Tragic as the advent of covid undoubtedly was, it cannot be denied that it allowed us, albeit involuntarily for many, to stop and slow down. It changed the way we think. Although life has gone back to the way it was, regardless of the current pandemic developments, the desire to challenge the dominant trend for increasing productivity, to disrupt the existing system is growing... In our theatrical environment, the cultural non-growth initiative is a case in point. However, the topic is also relevant in an international context. Reflecting on the strategies and possible benefits of “working slow” became the subject of an international discussion, Working slow, organised by Czech Dance News in collaboration with colleagues from Performing Arts Hub Norway and the European critical platform Springback Magazine as part of the Oktoberdans 2022 festival in Bergen. Norwegian critics and moderators Anette Therese Pettersen and Hild Borchgrevink invited Czech colleagues Lucie Hayashi and Petra Dotlačilová to share their views, strategies and practices, while Springback invited critic and producer Lydia Wharf and her Hungarian colleague Lena Megyeri. The importance of the theme was underlined by the fact that more than fifty spectators crowded into the Hordaland kunstsenter.

And what did the discussion bring? Can the critics (and not only them) afford to work slowly? Producer Lydia Wharf described this approach as a radical practice, as it confronts the current system of grant support for cultural projects in most European countries, which expects high productivity, financially linked outputs. In the case of publicists, the slow practice is then a challenge to negotiate new terms and conditions with editors and editors-in-chief who expect a quality text within hours of the premiere. Will the other side be willing to agree to change or will the publicist close the door? And what about readers, will they wait? As Hild Borchgrevink pointed out, the judgments of "fast" critics are more visible...

Quite naturally, it was pointed out in the discussion that slow work is a kind of coveted luxury that few critics can afford, as they work multiple jobs in parallel to cover all their living expenses. Does working slowly then mean working less? Logically, yes... writing reviews is a creative process that requires the necessary time to deliver a quality result, time to be inspired on how to approach the viewed work journalistically. But also time to develop one's own critical practice by reading the texts of colleagues, as Lena Megyeri pointed out. 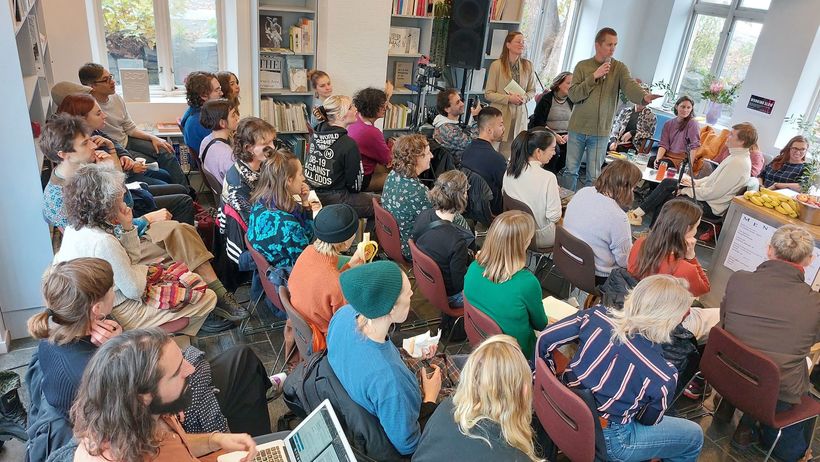 With the slowdown, the balancing act between efficiency and procrastination also came to mind. Lucie Hayashi stressed that there is no universal "slowness" as everyone needs a different pace of life. It is then a challenging task for the editor to take into account the individual time needs of correspondents and gauge where allowing more time will bear fruit. Petra Dotlačilová agreed that even the quality of the texts themselves shows whether they were written under time pressure or not.

According to Anette Therese Pettersen, slow work is a choice that can bring freedom and has the potential to enrich the reflection on the artwork with new journalistic formats. Provocatively, she judges that the writer's practice is often based on the same patterns and templates and does not reflect the diversity of contemporary dance and movement works in new forms of writing (e.g. collaborative writing). Lucie Hayashi humorously countered the possibility of publishing so-called work in progress reviews as a parallel to the presentation of unfinished artworks presented under the weight of a binding premiere date originally planned. The question of how to creatively journalistically respond to a work based on slow movement remained a thrown gauntlet, as exemplified by Eszter Salomon's two-hour production of The Living Monument for the Carte Blanche ensemble, which was performed on the eve of the discussion. 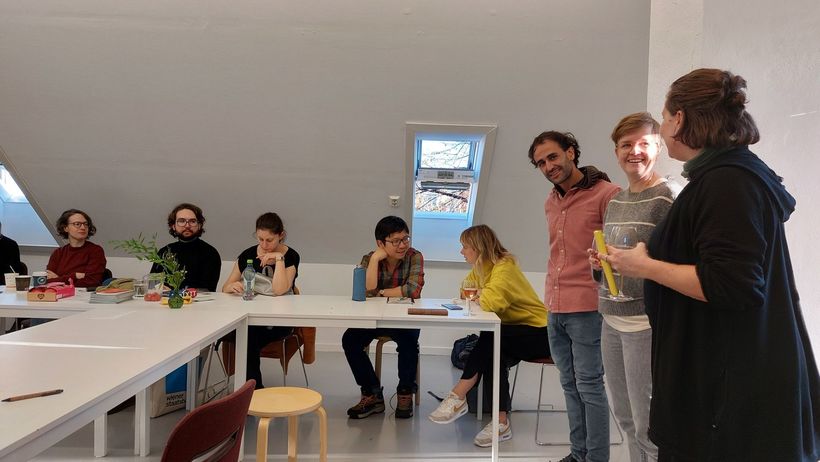 The presence of twenty-five dance critics during the first days of the festival was also used for the More than one hat discussion workshop held the day after, which explored the pitfalls and benefits of combining critical practice with other jobs in the field or even outside it. Initiated by Yasen Vasilev of Springback Magazine, columnists from around the world reflected on how criticism at a professional level is a financially and time-consuming hobby that is far from being able to pursue as a job. The need to popularize the function of theory and written reflection on art was also voiced during the following days of the Dramaturgy Seminar, which revealed the current political and social crisis of art disciplines in Scandinavia.

The international meeting brought many suggestions, which were lively discussed after the event. I myself am curious whether and how the theoretical reflection of the field and writing practice will change in the future...

Written from the panel discussion Working Slow held on 21 October 2022 at Hordaland kunstsenter in Bergen.

The recording can be viewed here: 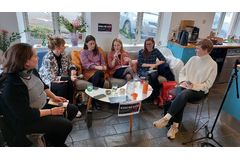 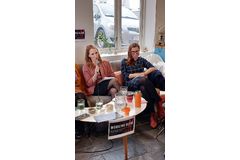 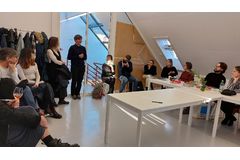 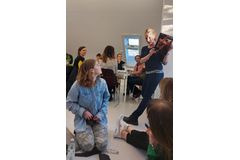