Anything you choose from 420PEOPLE’s repertoire, there is one thing you can rely one – you will see excellent dance performances, unmatched in the Czech dance world. It is usually because of the “high-octane” choreographies created by the group’s artistic director Václav Kuneš, who always accentuates high-level articulated dance expression. The latest première Panthera is no exception and for many, it opened the season after the sunny summer break. Lately, Kuneš’s choreographic interests have been centred around issues the society is facing today. After last year’s The Watcher in which he dealt with the impact of technologies on the humankind, Panthera draws inspiration from the book Sapience – A Brief history of Humankind by the Israeli author Juval Noah Harari. The historian reflects upon the causes and consequences of the evolution of humanity, emphasising especially the negative, or better say pathological phenomena, which at the same time are in harmony with Kuneš’s worldview and which he translates into dance. Rather than being inspired by the evolution itself (and meeting the restrictions of a narrative line), the choreographer lets the dancers’ bodies resonate with the essence of the discussed theories. He abstracts the individual concepts and reworks them into more universal principles which he subsequently uses to talk about interpersonal and interspecies communication. One of the strongest motifs seems to be a man’s freedom, his behaviour and expression - an element hugely supported by Hynek Dřízhal’s stage design.

Crustless branches, neatly cut and shaped, served as various symbols, but the most prominent features were immense nets hanging down from the ceiling and framing the stage. The choreographer manipulates these in some of the extreme situations (in a more or less original manner) and makes the dancers get trapped inside them. Each of the dancers might be the next who gets caught. The positive and the dark sides of humans are in balance, all those which helped homo sapiens reach the top of the evolutionary tree. But the piece is sort of hazy, vague, unspecific and its message slips through our fingers like grains of sand. The new premiere lacks the right dramaturgical drive and quality direction.

However, Václav Kuneš’s choreography is masterful. Employing a generous movement vocabulary, he creates eloquent scenes which easily captivate the audience, mostly by an obsessive, almost adorative emphasis on the lines and capabilities of the human body.  The choreography’s main asset lies in interconnecting dance expressive tools into a maximally coherent unit. The author works skilfully with the flow of energy, intensified by the eminently sensitive bodies of Francesca Amante, Fanny Barroquère, Veronika Tököly, Viktor Konvalinka and Filip Staněk. 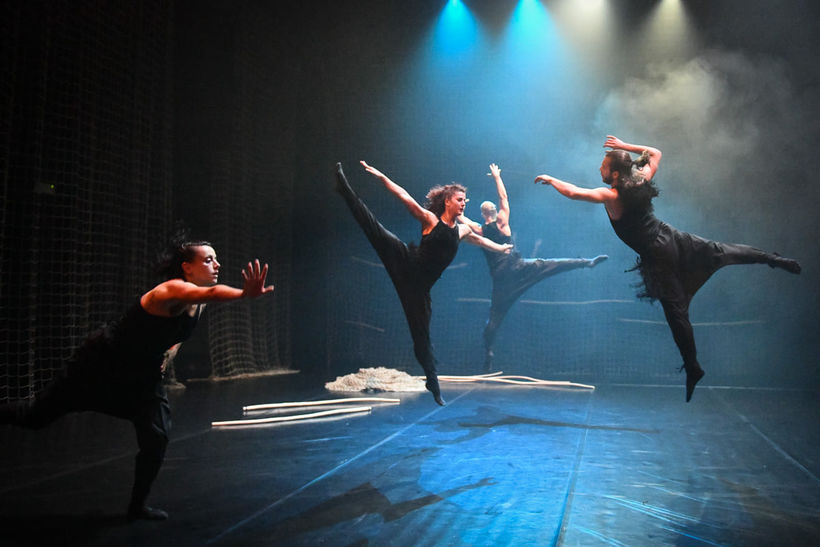 Michal Kříž’s lighting design completes the spirit of the show, transforming the ductile space of La Fabrica into diverse environments through soft colour tones and exceptionally sensitive changes in light intensity. Jan Šikl’s music is an important component too, but it clearly reflects Panthera’s unanchored dramaturgy. Initially, monotonous sound landscapes seem to colour the choreography, but they keep sinking into deeper and deeper lethargy. The same happens in dance, after all.  The formal composition relies too much on the dancers’ performance skills. More than anything else, the show is a display of perfect, breath-taking dance performances, with no full-fledged, reality-changing message to be found.  What a shame, because the piece has so much potential. I would not be surprised if any of the female dancers appeared on the list of the next Thalia Awards nominations.

Written from the premiere held on 10 September 2019, in La Fabrika. 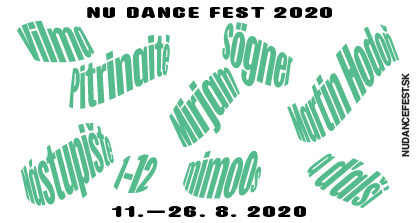