Resurrection. That is what we can call the current events around the Prague Chamber Ballet. The company, which was founded in the mid-1960’s, enjoys certain sentiment from Czech audiences who keep the company going. Over the last couple of years, the Prague Chamber Ballet has been struggling artistically as well as financially. The crisis culminated earlier this year when the company announced its closing. However, it managed to receive a special subsidy from the Ministry of Culture and announced the up-coming première of Carmina Vetera, scheduled for Sunday 27 October, in Na Vinohradech Theatre. I consider the company’s comeback to be a sign of willingness to support this artistic genre (putting aside all the “beating around the bush”). How else to persuade our state authorities if not by reminding them of ‘deep roots’ and ‘traditions’ that still seem appealing to our “elite”. The company has been given a second chance to prove that it occupies a solid position on the Czech dance scene (an issue that was largely discussed within the industry last year).

The spring première of Kytice (A Bouquet of Czech Folktales) foreshadowed an exodus from the forgotten land and promised a brighter future and much hope for the ensemble. But this hope faded after the première of the latest production of Carmina Vetera – at least in my eyes.

Carmina Vetera is composed of four works, interlinked by the name of Petr Zuska, the former director of the Czech National Ballet. To call the event a première might be a bit misleading, though, as three out of the four pieces premiered between 2008 – 2010. The only brand-new work is a 13-minute choreography entitled Fo(u)r one. And honestly, to squeeze a meaningful message into such a short stretch of time would be a true masterwork. In the light of last year’s events, the dramaturgical choice seems sensible. What to do with a company that has closed and suddenly (in the second half of the year, to make things worse), it was offered a few crumbs of the government budget? However, if viewed through the lens of artistic quality, the new programme can hardly match the earlier production of A Bouquet and it thus generates the same questions the company leaders had to answer before. They concern especially the ensemble’s capability to bring something new, fresh and original to the industry (I do not understand ‘new’ as the opposite of old or traditional, but as something that no other Czech company can offer). 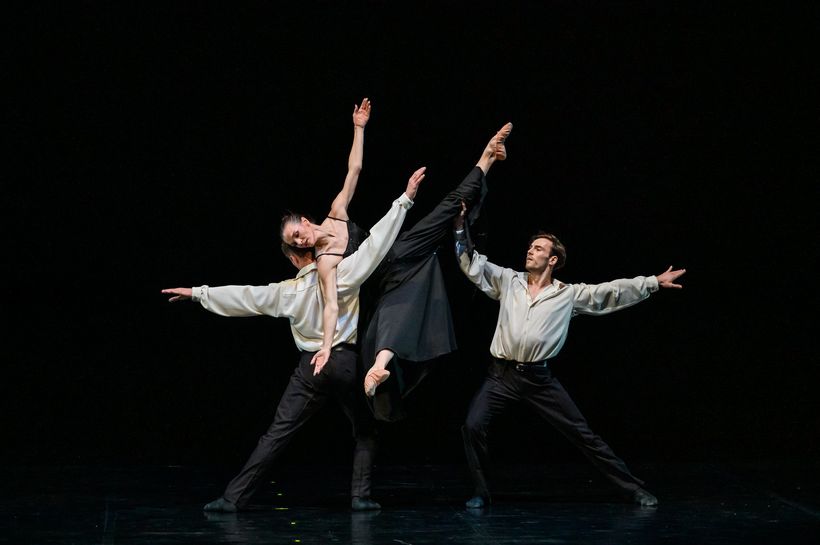 The leitmotifs in Carmina Vetera and A Bouquet are alike– an accent on music by Czech composers (especially on folk songs), with particular emphasis on musicality of stage action, choreographic narrativeness (that has grown into unexpected volumes again) and Zuska’s idiosyncratic movement language as well as his signature style.

In Ej lásko, for instance, Linda Svidró opens the first tableau with typical angular movements of arms, with grand jettés, pirouettes in arabesque, variations on renversés and others. Růže (Rose) offers Zuska’s characteristic dynamics of choreographic structures with alternating slow-down moments and organic flow. The corps de ballet - in its chamber form - also plays an important role as it illustrates the nuances of the story and acts as an imaginary “extension” of the protagonists’ dance. Lyrická (Lyrical) accentuates the traditional relationship between a man and a woman, which is – especially in the new version – spiced with the outstanding performances by Eliška Nováková and Viktor Svidró. Their harmonious dance was supported by the gentle pace and sensitive rhythm of the choreography, free of any expressive embellishments. Fo(u)r one is set to a mosaic of Indian, Irish, Arabian and Jewish musical motifs. The choreography poses a serious challenge on Tereza Hloušková – three changes of costume (or more precisely adding more parts to the costume) during a 13-minute piece and four different characters to embody. The choreography is so complex that the space for communicating anything is very limited. Still, we can spot references to current global issues such as multinational states, mutual (in)tolerance, emigration, and war. But it is only 13 minutes… 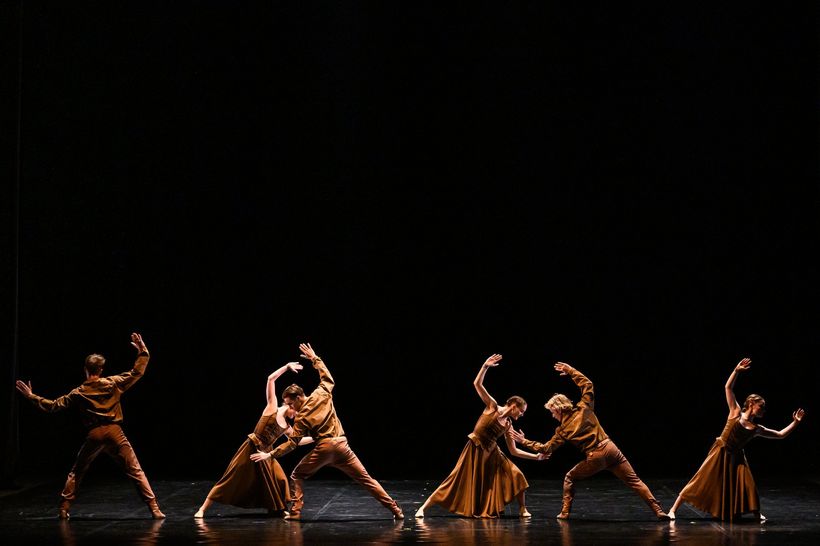 I am pleased to see the company members’ performing skills improve so dynamically. The Prague Chamber Ballet dancers are ageing like a fine wine and as they gain more experience, they consolidate their position as leading figures of Czech dance. Traditionally, Linda Svidró invested her rich experience as a performer into all the roles she danced that evening. Dominik Vodička, a Thalia Award winner in the category of dance and physical theatre, also gave a brilliant performance, same as Tereza Hloušková who displayed a diversity of dance interpretations and wide spectrum of expressions. The central couple in Lyrická, Eliška Nováková and Viktor Svidró, are worth mentioning too. I cannot forget the dance of the corps de ballet that gets better with every new première, even though I believe it was more refined and elaborate in Kytice.

Reflecting on the première of Carmina Vetera, I keep asking myself one question: ‘Does the Prague Chamber Ballet bring something to Czech dance that no other company does?’ But I fail to find the answer, even though I would love to find it. Instead, obtrusive thoughts are budding in my head that the company must have gone into hibernation.

Written from the premiere held on 27 October, in the Na Vinohradech Theatre.

The Czech version of this text was published on 5 November 2019. 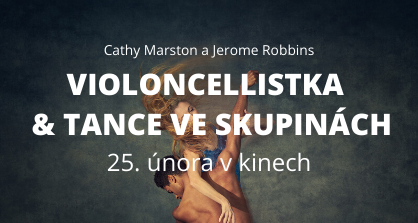 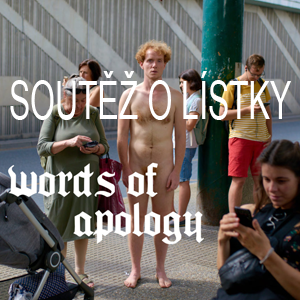