The Löw-Beer Villa in Brno hosted the premiere of the “dance documentary” PSOTA – Master by ProART Company. The performance depicts the life of the important ballet figure Ivo Váňa Psota. However, it is not a traditional biography, but rather “the exploration of Psota’s personality through the innovative approach to classical ballet and the search for new creative principles,” as the Facebook page of the premiere says. Ivo Váňa Psota was an outstanding person and artist, who lived both abroad and in Brno. His dancers called him the Master. He was an excellent and established actor, as well as a comic and dramatic performer. The reviews emphasized his agility, flexibility, lightness and swiftness. What was Psota’s world like? Harmonic, full of peace, subtle poetry, and joy, as well as misunderstanding, attacks and pain.

The scriptwriter, choreographer and director Martin Dvořák was looking for inspiration in the archive of the National Theatre Brno and interviews with contemporaries – ballerinas Jarmila Šlesingerová and Olga Skálová. The booklet about the production written by the author says: “Who is Psota in fact? I do not know. I hesitate. We can have a feeling about him. And today’s performance is about this feeling.” 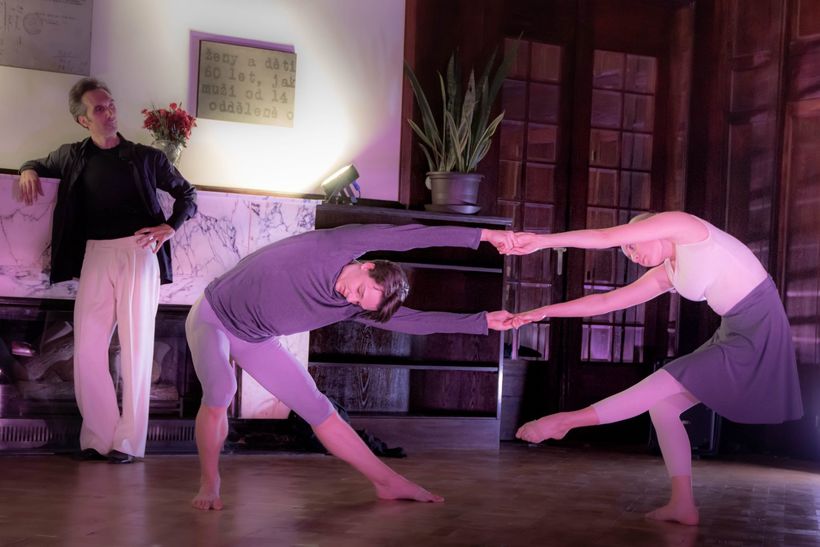 How to create Psota’s story with six dancers for the chamber space of the hall of the Art Nouveau villa in Brno? Martin Dvořák's dramaturgical approach to his work was smart, economical and understandable. He linked Psota’s troubled life with the characters of his most famous ballet opus Romeo and Juliet, which premiered in Brno in 1938. He created three associated images – duets of the “three generations” of dancers from 16 to 54 years of age. Each of them brings their experience, qualities, expression, emotions, and authentic being at the “theatre” space.

As far as directing is concerned, Martin Dvořák is economical and relies on dance more than ever before. His interpretation of dance is full of expression and affection along with motion theatre, spoken word and music from the recording. The accompanying text explains the most important facts from Psota’s biography and Lukáš Novák’s poetic contemplation. It provides authentic recollections of the contemporaries (which are, sadly, sometimes drowned out by the music recording) and the strict rejection of communist nomenclature that harshly degrades apolitical Psota for his production that is far from socialist realism.

The performance starts slowly when a young student comes to the ballet hall, warms up and waits for her dance partner and the Master. Martin Dvořák plays Psota and passes on his experience. He leads his pupils from a simple ballet training to adagio that is closer to dance. Due to his approach, the pupils become the fully-fledged performers of Romeo and Juliet. The choreographer sensitively enters their duet like a sculptor who directs the elements of the first love. He literally shapes them and molds their motions as if they were made of clay. The students of the Dance Conservatory Brno Adéla Nenkovská and Ondřej Králíček bring the young vibes, devotion to the job and the “sanctity” of concentration and interest in common work. We know Martin Dvořák as a choreographer, who uses a rather contemporary dance style. He is different in this case, though. He refers to neoclassicism and we need to say that he did not forget about the original source of his job. 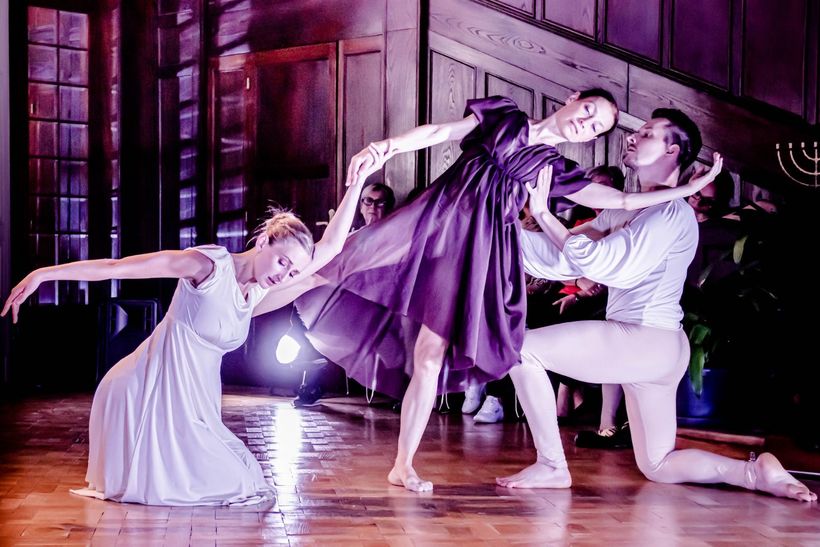 The second duet performed by Klára Uhlířová and Ondřej Sochůrek basically develops the given topic. Sadly enough, it is not much different from the first duet. It is more demanding in lifts but clashes with the limited space of the villa. Choreographic motives keep repeating, and the transition between the rehearsal and the performance is arranged as a slight change in the costume and love grows deeper.

The highlight of the evening is the final duet of the oldest generation when the role of Romeo gradually turns into the devastated and ruined Psota performed by Martin Dvořák. Jana Přibylová – the former top soloist of the National Theatre Ballet – seems to remember the playfulness in the role of Juliet and slowly embodies Psota’s sister who is afraid of his life. Their deep duet proves that the experienced performers have something to share with the audience, keeping the dramatic tension evoking Psota’s illness and harsh political despotism. At the end of the most touching duet, Psota dies as a broken man. One of the somewhat disturbing moments is an argument and conflict with a member of the Brno ballet company, which really took place. Staging the physical attack with realistic means of motion theatre is demanding and must be depicted for the viewers to believe it. The ending logically brings all dancers to the space. The initial simple motives recur. It is not histrionic and brings hope, reconciliation, interconnection and new faith in possible continuation. 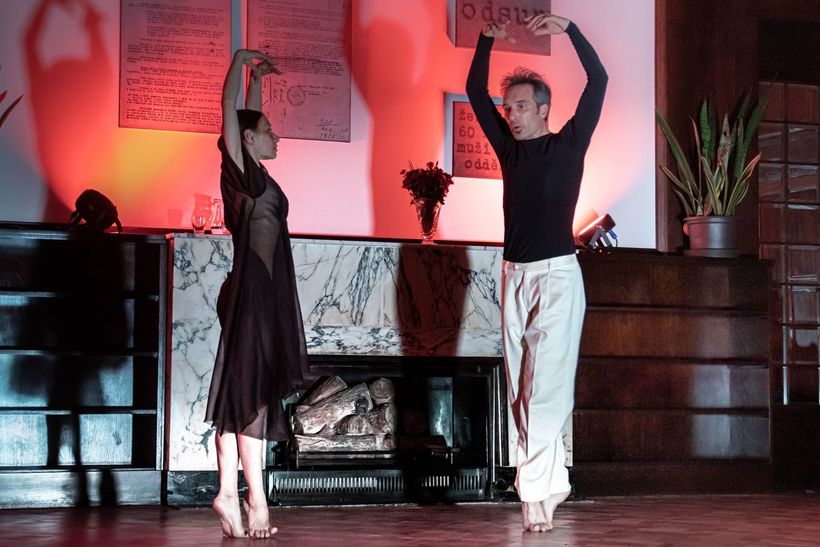 Music plays an important role in the show. The first duets feature Piotr Ilyich Tchaikovsky’s Romeo and Juliet in the Prelude – Fantasy style, inspired by Shakespeare’s eponymous play. The last duet quotes Sergei Prokofiev’s famous ballet. Choreography is not purely classical and Jan Hanák Sonority’s music collage does not defy contemporary influences. This author is famous for his dance and experimental electronic music. He combines classical and stage music with his own approach naturally, without “seams” or breaks. Music thus becomes a fully-fledged source of inspiration for the choreographer and performers.

Martin Dvořák once again presented himself as the author who always works honestly and has a clear opinion about what he wants to say and how he wants to do it. He has his own perspective on outstanding figures of Czech culture and enriches the spectrum of the dance life not only in Brno. It offers big emotions, genuineness, and intensity of his statement.