Azyl78 hosted the premiere of the long-awaited multi-genre The Jungle Book project. It is Matěj Forman’s adaptation of the famous story. The cooperation of famous and fine companies, such as DEKKADANCERS and Czech Philharmonic, directed by the Forman brothers, committed to the stunning experience in the promotional materials. It was an experience indeed, however, it was not stunning. The multi-genre adaptation has beautiful poetics; the Forman brother’s signature and impression of creativity are clear at the first sight and illustrated on painted props reminding us of a jungle in bloom. Dancers are wearing beautiful animal masks, nearly all of them look authentic and the philharmonic hidden on the upper floor behind the jungle set performs the music composed by Marko Ivanović.

DEKKADANCERS and their guests accurately copy the movement of animals in the jungle and people in the vicinity. When the monkeys jump on the lianas – ropes wrapped in flowers, the tiger Shere Khan comes, the bear Baloo rolls in or the black panther Bagheera appears, the audience is not sure whether they are real animals… Although the idea of a transparent curtain painted with wild flowers looks good at the first sight, the ambivalence is demonstrated after a while. This seemingly invisible boundary separates the dangerous and wild jungle and the world of people.

The stories of the animals and Mowgli generally take place behind the drawn curtain behind which we can only guess what animals are present. Although the way of the depiction of the two worlds seems to be original and clear, it is hard to say how children can deal with the veiled reality. Will the children understand the meaning of the story and the comparison with the behavior of people and animals? The more the curtain draws, the less energy and excitement are present, the attention fades away and only the orchestra maintains a stable and strong impression. 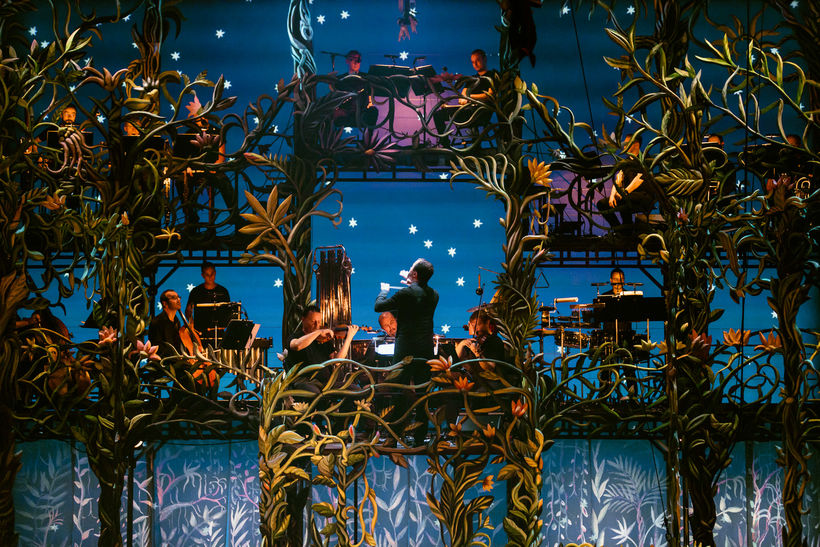 Apart from dance, music, and visual art, Forman also employed recitation and video screening that foreshadowed the danger portrayed by the tiger or the continuity between the jungle and the world of people. Yet the show would deserve much more words. The story is sometimes presented as too concise (the baby suddenly turns into adult Mowgli) or too lengthy – there are long and very similar scenes that do not push the story forward and children who do not know it very well can get lost at times. The fight with Shere Khan seems to be weird and unauthentic as he is bound to the invisible rope when doing somersaults and handsprings. It gives the impression of a well-rehearsed circus performance, not a believable fight.

However, the final parade saves everything, the expected unraveling of the emotional drive happens, and urgency is clearly visible in motion and facial expressions. The older audience is made to think about Mowgli’s ability to return to the world of people… Only the curtain call shows that some performers play difficult double or triple roles, they change several times and incarnate into physically demanding characters – a sophisticated logistics of changes is visible here.

Such an epic, smart and poetic project featuring dance and music will draw the attention of many viewers, and the cooperation among outstanding companies seems to be a good choice. It is a shame, however, that some of the directing statements and methods are not very apt; otherwise, the music and dance adaptation of the famous book could aim at a very successful production of the year.

The Czech version of the review was published on the 16 June 2022. 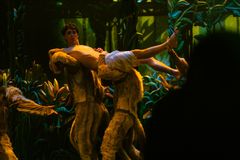 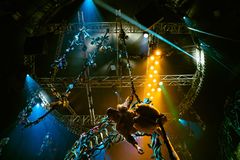 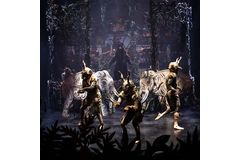 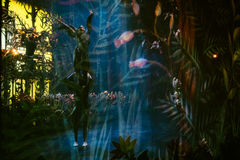