Fail of the season or a new spring-board? 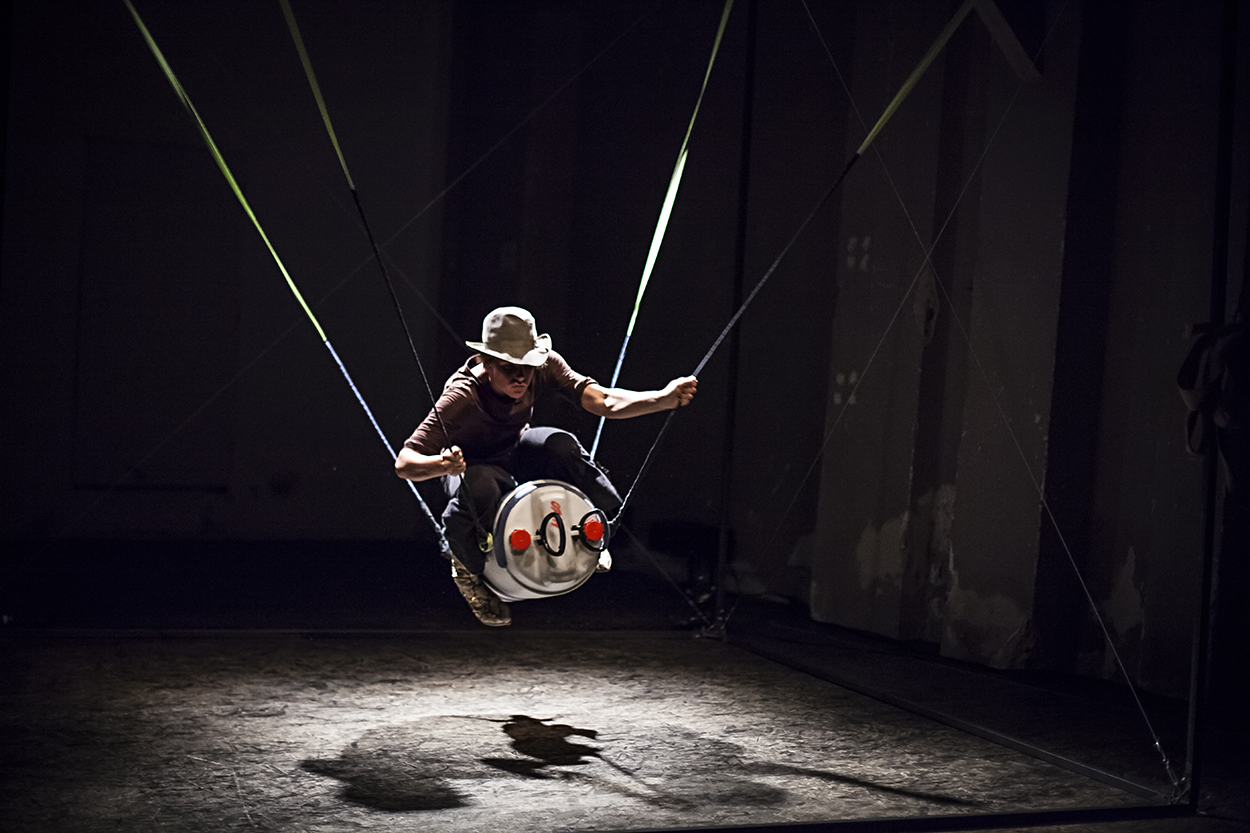 The beginning of theatre holidays is the time of wiping off the sweat, taking a deep breath and, maybe unwillingly, evaluating the past season. We recall successful events and subconsciously erase and remove the less successful ones. I think that besides naming the highlights of the season we should think of the directions Czech dance should never take. Because little stumbles also are part of any creative process and our own mistakes can put us on the right track again.

Our small dance community resembles the tale of The Emperor’s New Clothes… Hardly any dance critic dares to express a negative opinion, to avoid being lynched or hated by the people they know. However, couloirs and women’s restrooms are full of sharp criticism and I have heard the words “fail of the season” repeatedly from my colleagues.

There are many awards granted by critics, audiences, readers, academies, artistic committees, and juries… We celebrate talent and hard work. Failures are never mentioned, as if everything related to dance was sacred and undeserving of any denigration. We lack a broader view and humour, self-reflection, and humbleness to admit that not every work of art is brilliant. We try to find an excuse in the diversity of audiences’ tastes, interpretations, and reactions. Thirsty for applause we do not distinguish between ecstatic and politely formal ovations. Spectators do not toss tomatoes or boo anymore, so the only feedback an artist can get, in case he does not believe in reviews, is a decreasing attendance.

The aim of our short reflection is not to stir up any meaningless conflicts, but to make the dance community think about the current situation - to appeal, to contemplate, rethink and maybe call upon you - readers, spectators, dancers and colleagues - to share your reactions. What have you called a fail against all your expectations there in the backstage?

Taneční aktuality’s short enquiry, joined by tens of the portal’s active authors, prominent critics, editors and contributors (who were promised anonymity to prevent unnecessary conflicts), has revealed several titles. The most frequently cited piece was the attempt at picturing the life of women in the Wild West, Heroin West, produced by the VerTe Dance company and directed by Halka Třešňáková. The critics pointed out the absence of meaning or dramaturgical and choreographic invention. Their reactions were as follows: “According to the proclamations, the piece had much to say. But the result was embarrassing and boring. Wasn’t it just poorly done?” “The content is an incoherent mess; the choreography is too repetitive and hardly innovative. Even the performance of the only dancer and co-choreographer, Veronika Knytlová, wasn’t very convincing as she seemed to feel the work was not taking the right direction. I’m still not sure whether the piece was meant seriously or I just misunderstood the parody…”

The company’s next piece, Void, is not very good, either. Veronika Knytlová has invited for collaboration the pianist Beata Hlavenková and happened to reveal the weak point of Czech contemporary dance productions - “wasting” the talent of great dancers on stage speech they are not ready for. It is thought by many that the whole concept was unconvincing – “strong theme depicted in a shallow, pointless way, relations between the performers are vague and the sense of the whole piece seems unclear,” – as well as an unaccomplished scenography: “No, polluting the stage with pieces of cottage furniture that someone has thrown away after fifty years, is not scenography. The low budget is no excuse – you can dance meaningfully on an empty stage.” 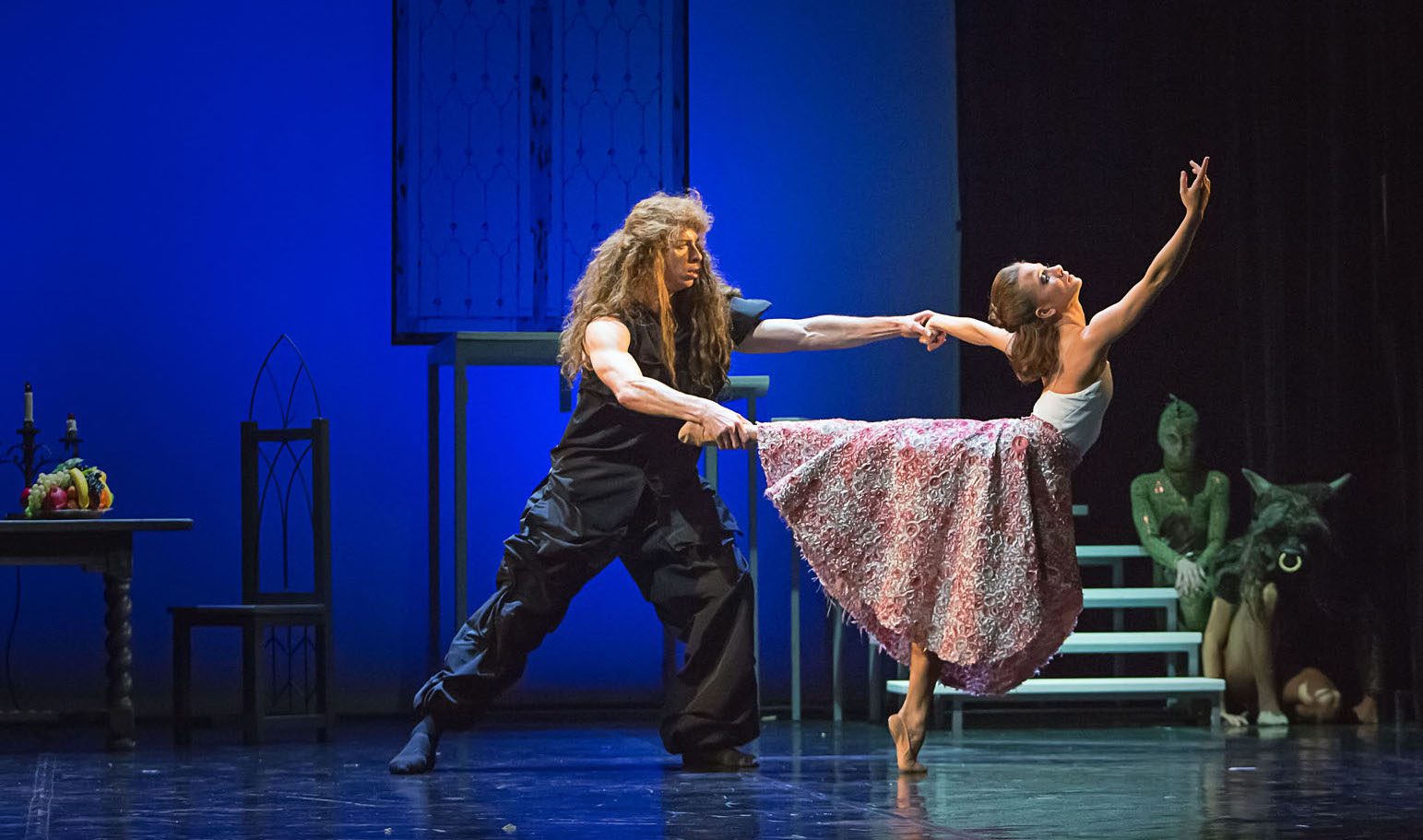 Our most active company, VerTe Dance, proves that it may stumble on its way, but it does not lose its track and keeps refining its style. Their works Pojďme na tanec (Let’s Dance) and Same Same receive positive feedback from audiences as well as critics. A mistake, that – according to many voices and the collegium of respondents – should not have appeared on stage, is the South-Bohemian Theatre’s ballet The Beauty and the Beast. Béla Kéri Nagy wanted to bring a title for the whole family, based on a well-known fairy tale which offers plenty of inspiration for a ballet adaptation. But he did not meet the goals: “Almost everything was wrong in the piece: amateurish music direction with incoherent choice of music compositions without any professional sound mixing, choreography lacking any original movement ideas, clueless direction, costumes resembling Vietnamese market sell-out... I felt sorry for the skilful dancers. It didn’t have much to do with professional dance art.” But it is necessary to point out that only a half a year later, České Budějovice witnessed an excellent premiere of Petr Zuska’s Klíče odnikud (Keys of Nowhere) that could be considered peak of the season indicating the increasing importance of regional companies in contemporary dance. The ensemble and its director Lukáš Slavický have fulfilled the audience’ desire for titles satisfying all types of theatre-goers and to take a path that has logically been tiled by exquisite as well as less successful attempts.

The common features of the above-mentioned “fails” are multiple failures at more levels at once and inconsistency between the theme and the form. It seems that singular imperfections are benevolently neglected, while pieces in which the concept is not in accordance with
choreographic invention and smart staging are condemned to criticism.

As far as choreographic innovativeness is concerned, Emanuel Gat’s genius has been doubted several times. His piece Separate Knots was presented at the Prague National Theatre as part of the multiple bill Timeless and Gat was also the special guest of the thirtieth Tanec Praha festival with his choreography Sunny. His style resembles a movement study, however, from the audience’s point of view it does not result in any attractive shape, content, or point. In the Czech Republic, we simply want to see complete theatre, not only a fragment of an author’s thoughts tickling our own imagination. 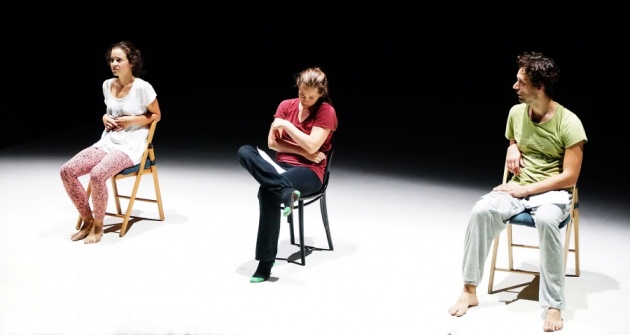 Great expectations were disappointed in the Ponec Theatre too, when -after a long pause - Petr Tyc presented his choreography resembling “a contemporary dance training session without invention”. He probably wanted to create another variation on the theme of love which is already exhausted and rather corny, and so “there remains no other memory than that of three dancers sitting on chairs and staring at the audience in the same dull way the audience is staring at them.” And they stare, Till Death Do Them Part. Michal Záhora has not proved his mature creativeness, either. Or maybe he has, in case we accept the idea that Koncert pro NI (Concert for HER) was solely and privately for a HER, or for violoncello concert listeners, and not so much for spectators awaiting an extraordinary dance experience.

All mixed bills consisting of works by young and debuting choreographers struggle with dramaturgy, be it the Slavic Temper at the National Theatre in Prague, MozART at the National Theatre in Brno or Symbióza (Symbiosis) of the Prague Chamber Ballet. The imperfections of individual choreographies are emphasised by the unpreparedness of the entire programme ranging from the extreme of grey and white monotonous boredom to colourful diversity without any linking motif. Triple bills have become a very popular format of dance evenings world-wide. Maybe that is the reason why their poor dramaturgy makes them suitable for festival line-ups rather than regular repertory. But it is the form and way of ‘serving’ such a programme to the audience - from the title, subject, programme to refined dramaturgy – that could help to turn it into an extraordinary event and motivate the talent of less experienced creators and also benevolence of spectators. 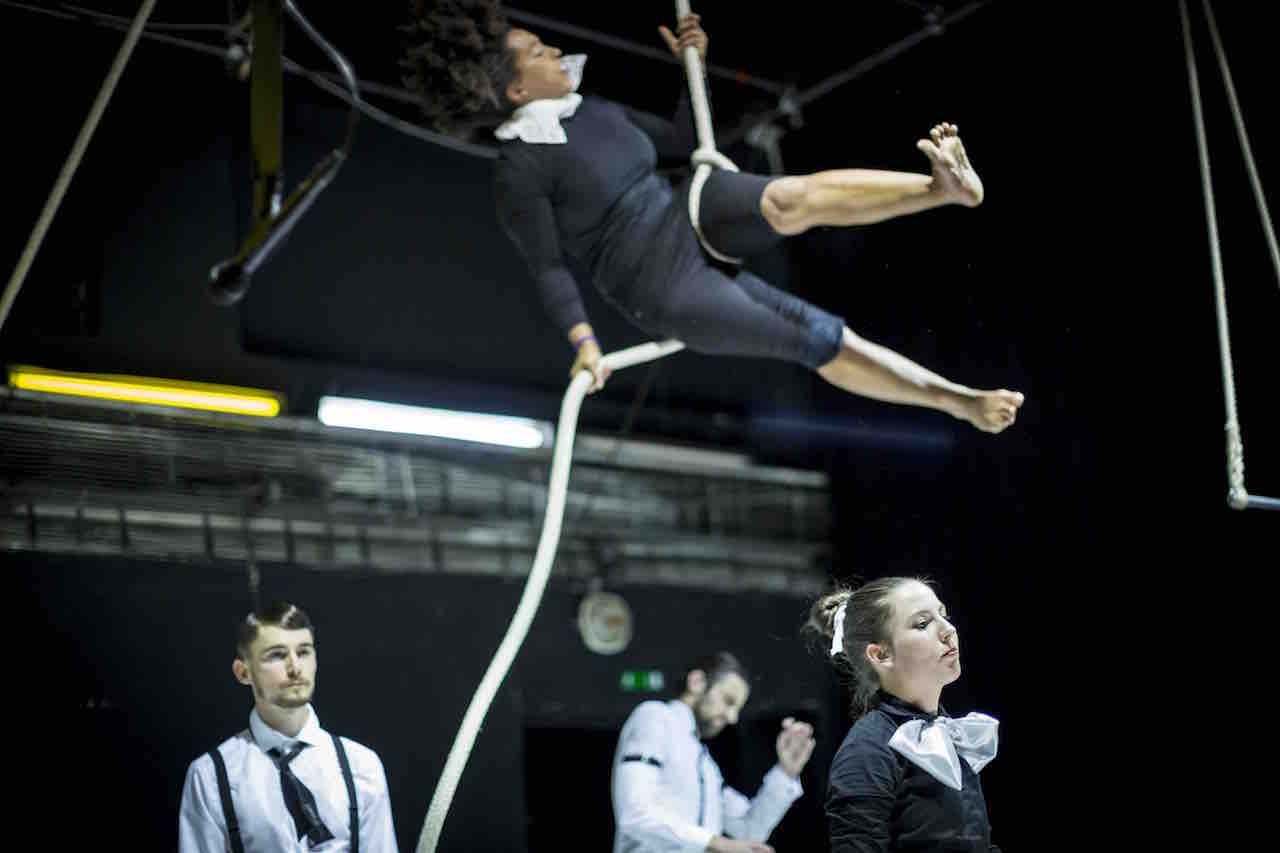 The new circus scene has also experienced some failures. The respondents have nominated Chyba by Vít Neznal or Lego rytmus by Marie Gouirdan, for the absence of inspiration, vagueness of subject and unconvincing stagecraft. Another rather disappointing piece, Circus Cirkör’s Under, challenges the audience’s endurance and patience. In short, this genre, based on wow effect, can hardly work without dynamically growing suspense, new tricks and emotional crescendo. A solo idea and a couple of acrobatic tricks are not enough for the whole production. However, these guest performances help to refine domestic production and reduce the number of failed attempts each year. We do not intent to award a ‘fail of the season‘ prize or a ‘Golden Raspberry’ to dance performances. Nor do we want to mark or rate individual productions, to follow statistics of attendance or feedback in social media. What we really want is to reflect on the vices of Czech dance and physical theatre. The result of our survey, rather surprisingly, is just one: the mistakes have been committed by the most prolific creators who have produced numerous successful works and have gained a reputation that goes hand in hand with high standards. These can be naturally disappointed since the strongest motivation of every artist is to overcome themselves and to keep the quality they have established in previous productions. Without errors, falls, and bruises it is not possible to do dance, so we should applaud together the dancers’ courage to stand up and carry on.