Three questions for Douglas Lee: “You can get emotional resonance from an unusual shape or dynamic movement.”

Determined not to rob its audience of an exceptional experience, the Czech National Ballet is going to publish video recordings of three brand-new performances (originally presented under the umbrella title Phoenix) on its YouTube channel. The online world premiere of Puppet, a piece by the British choreographer Douglas Lee, will take place on Thursday, March 18. We have asked the independent creator three questions concerning the new premiere as well as the process of rehearsing and presenting dance works in the time of corona. In the short synopsis of Puppet, you say puppets might bring a sense of fantasy out in a person’s creative mind and it is the same kind of energy that draws people to the theatre or ballet.” What does a puppet symbolise for you?

I think that what inspires me about puppets and the theme itself probably developed when I was a kid. At that age you appreciate things like dolls and puppets, you start to be creative, you play and a certain part of your brain starts to develop. And essentially, what I do in the studio is the same thing. I’m coming up with ideas, trying them with the dancers, and when it’s a good day in the studio, you really feel like you haven’t done any work at all. Puppet can also be a vessel of a creative idea, it has to have something breathed to it, to become alive and be animated.

The childhood playfulness also shows in the music – it’s percussions, but it has this music box sound to it (in some parts). I also had a clear idea of what the costumes and props the dancers use should look like – they may evoke as well childhood toys, like dolls in a music box. 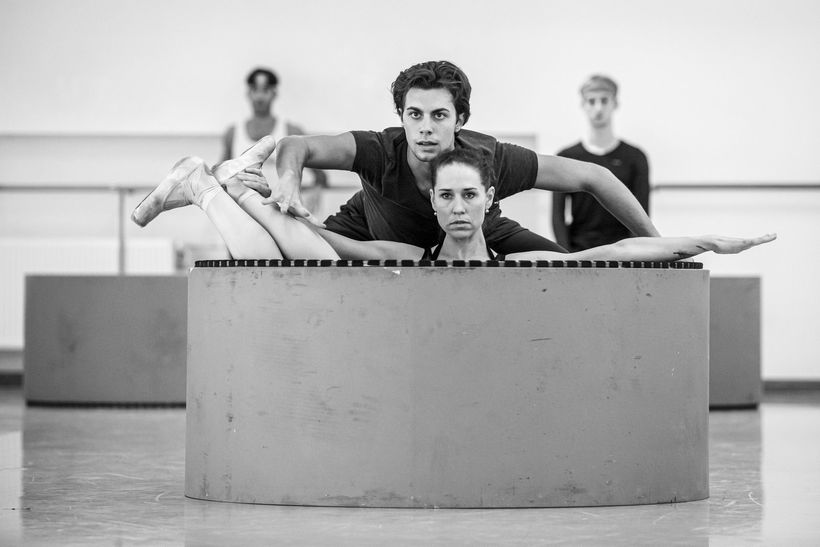 You also mention that you love the use of plasticity in a dancer’s body and achieving beauty. Adding the idea of puppetry and some kind of outside force, this might result in getting extreme, unusual shapes and images. Why are you interested in this side of dance movement and what kind of beauty do you want to achieve?

I think, as a choreographer you always have a desire to explore, to come up with something new. And the idea of puppets and puppetry lends itself quite well to the image of a human body which moves in an unusual way that is almost out of this world. About two years ago I made Petrushka, which is a Stravinsky piece (the main character is also a puppet) and in that process I tried to develop a certain language which was expressive, maybe something that suggested dancers are not quite human beings, that there’s something extraordinary about them. This got me interested in the theme of puppets, as a possible movement vocabulary. It also helps me bring new ideas in the studio, so it’s always good to have this inspiration when you go into a project. And as a choreographer you often see dancers as bodies and limbs and you try those crazy positions they can get into, it’s actually very close to contortionism. Of course it can be a way of expressing emotions, but sometimes you can get emotional resonance from an unusual shape or dynamic movement.

The idea of a physical as well as metal puppet might also suggest “a force behind the throne”, somebody who is behind the curtain. It’s one aspect of Puppet which might be interesting, but I definitely didn’t want to make any political or social commentary. 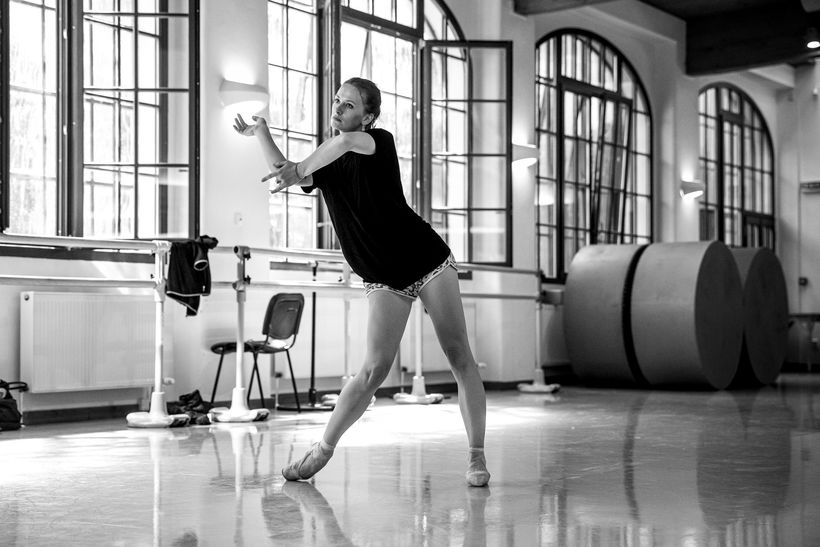 How do you feel about not having a “normal” premiere, on stage, in a theatre, and launching an online event on YouTube instead?

I’m glad it’s actually happening, because people can have at least something, and they don’t need to wait until this is all over and theatres reopen. Of course, watching a video on YouTube is not the same as going to a big theatre, but it helps people keep going until things get back to normal. It’s great for the dancers as well, I think they are excited because they have something to show their family and friends, and they feel relevant, and still working and creating. However, there is a sense of catharsis which comes with a real premiere, dancers are motivated, there’s a lot of adrenaline. And then, there’s a performance, people celebrate, and it feels like closing a certain chapter. But when we were recording, the theatre was almost empty, which was really weird.

Also the process of rehearsing was more stressful because of the pandemic. There were new changes and restrictions every day, we were afraid somebody might get sick. And when the theatre said we were going to record my piece (which we talked about quite early on and the recording was made in November), I wanted to do something good and of high quality, of course. So I’m glad that despite the constant uncertainty we created something concrete.

Unfortunately, there wasn’t much dialog and interaction with the other two choreographers, so we couldn’t find many common points. But I think it was for the best, because now the audience will see three completely different things. What is sad about it is that I have no idea what the two pieces are about, because we had to split into three separate groups which rehearsed at different times in different studios. So I’m really looking forward to see the work of my fellow choreographers. 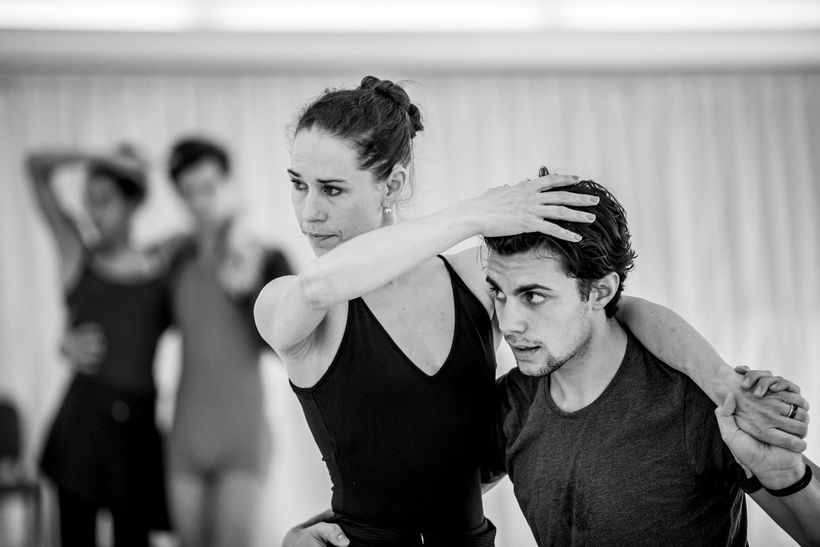 Born in London Douglas Lee started his ballet training at the Arts Educational Schools London and then received a scholarship for the Royal Ballet School where he graduated in 1996, winning the Alicia Markova Award. Lee then joined The Stuttgart Ballet, his promotion to principal dancer followed in 2002. With Aubade and Lachrymal Douglas presented his first works for the Stuttgart Opera House. Three questions for Alejandro Cerrudo: “I like to surprise myself and the audience.”