The festival, founded in 1977, offers an opportunity for young circus artists to present their artistic skills in front of an international jury. Currently, Festival Mondial du Cirque is headed by Alain M. Pacherie. Video from the 41st edition can be found here.

Filip Zahradnický is a Czech contemporary circus performer. His journey towards contemporary circus was long and not at all straightforward. He took his first steps aged 13 when he started attending a juggling course in KC Zahrada. From 2010, he attended Prague‘s CIRQUEON: Centre for, contemporary circus, where he could master his juggling, as well as acrobatic, acting and movement skills. In 2014, he was admitted to the Academy of Modern Circus (AmoC) in Copenhagen (Denmark) where he benefited from working with prominent Scandinavian jugglers and teachers with experience from the prestigious Jacques Lecoq school, and others.

He was among the first-generation Czech circus students studying on a BA level. In 2018, he graduated with his act Vermilion which he has so far presented in Denmark, Belgium, Germany and the Czech Republic.

Since appearing around the circus field, he has taken part in a number of Czech and international projects. Since 2012 he has been a member of the new circus company Cink Cink Cirk, with whom he has performed at festivals in Sweden, Denmark, The Netherlands, Latvia, Poland and others.

Other projects include performances with CIRCLES at the CIRCA festival in Auch (France), and numerous performances with the charity organisation Magiciens du Monde in French hospitals and various institutions. He has also been part of the social circus project in Turkey’s Mardin,  the Bearded Ladies project with the TinCan Company in Danish Odense, The Days of Prague in Berlin with MIME Prague and many others, 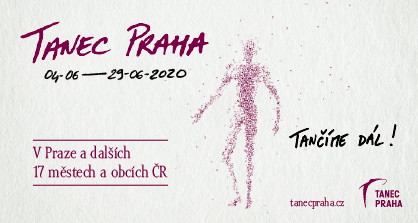